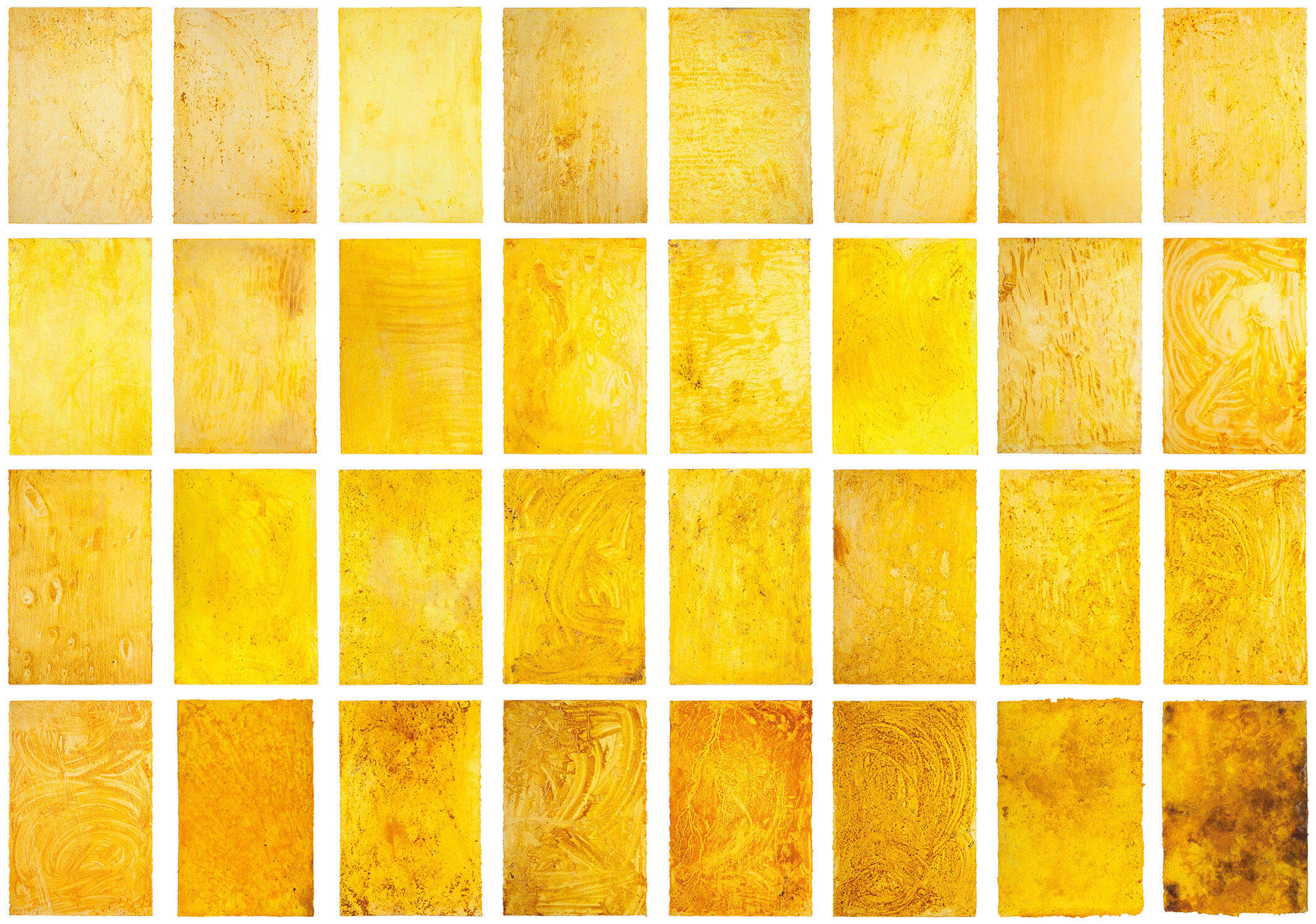 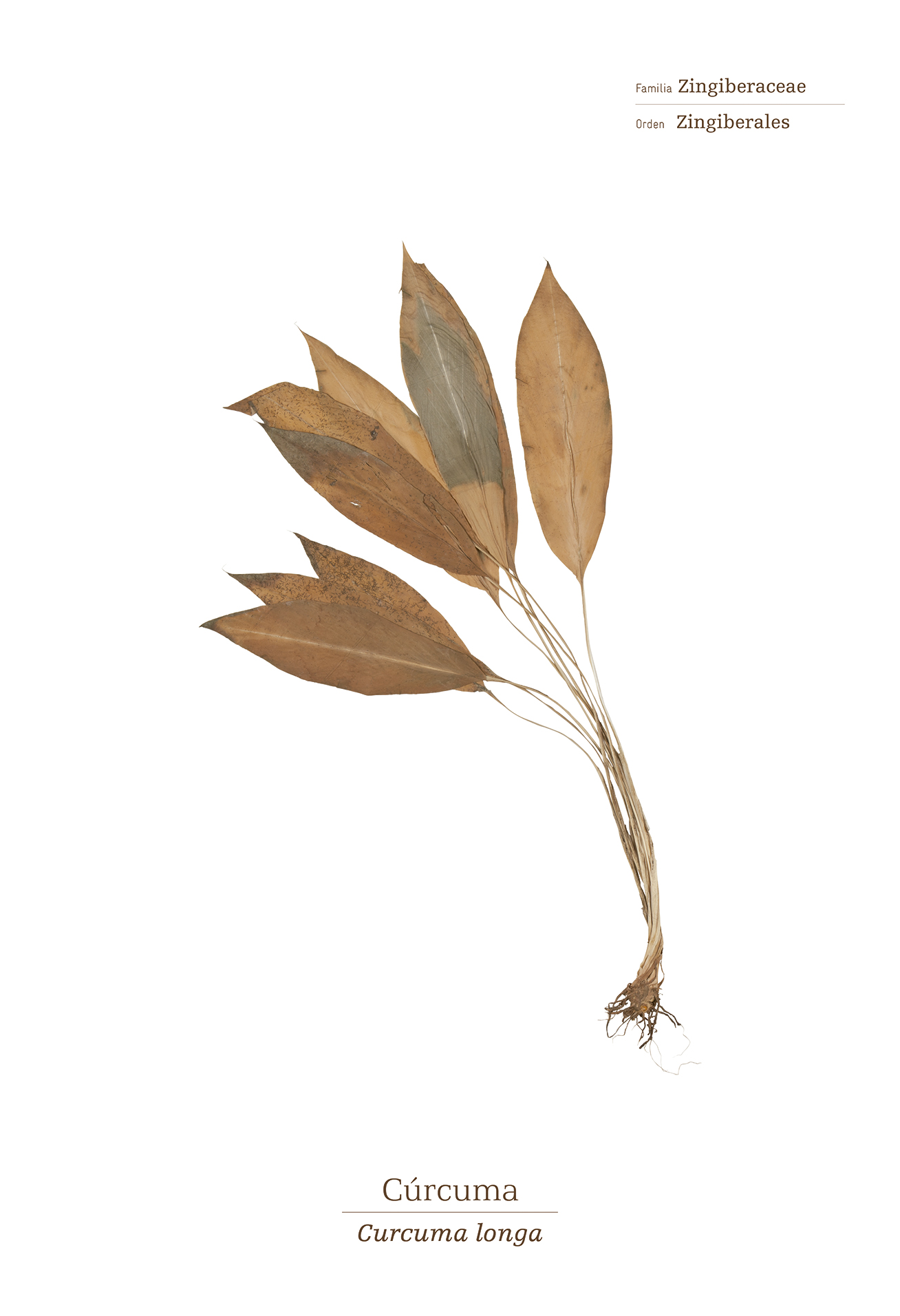 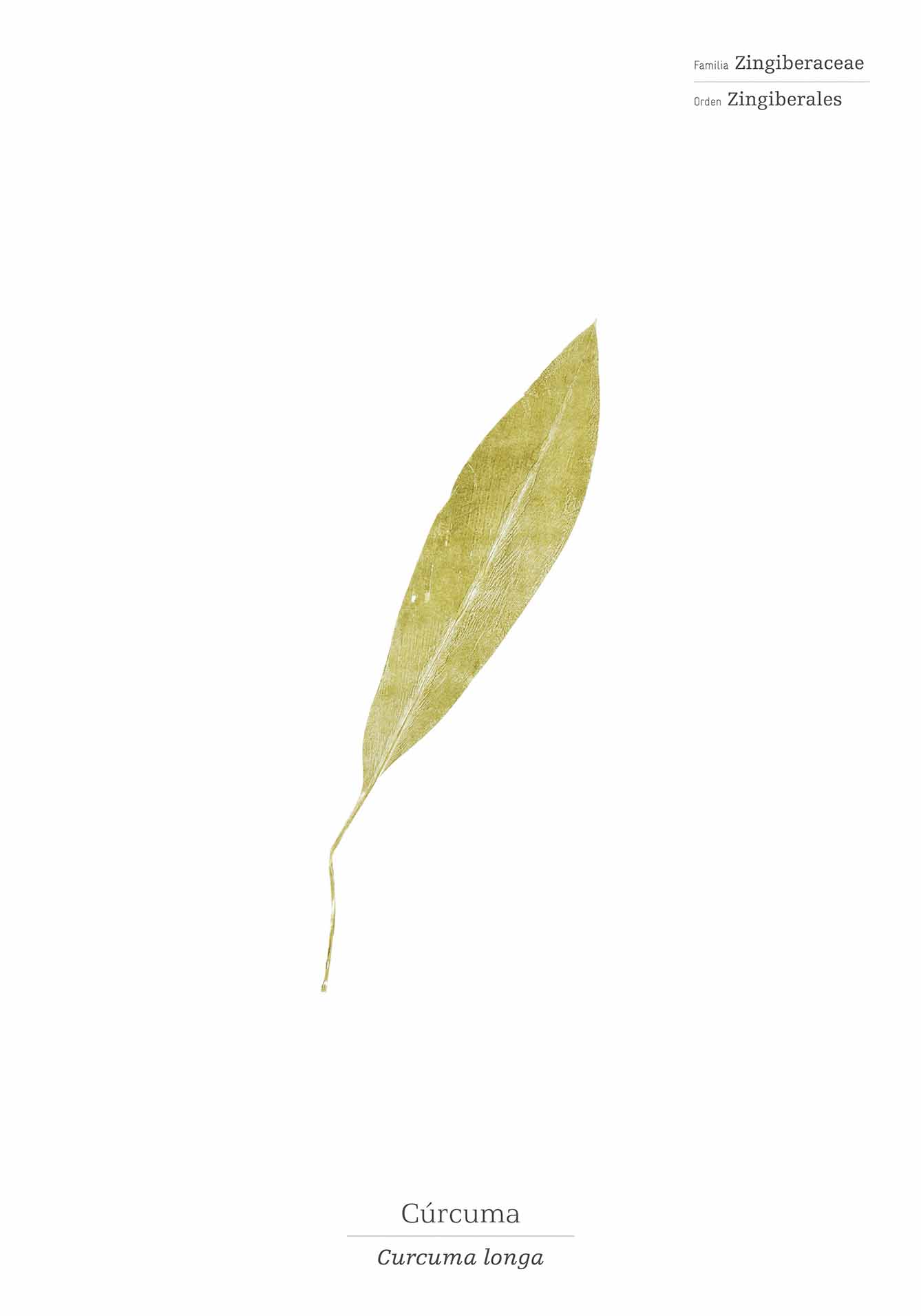 Herbaceous plant growing to one meter in height, with elongated, dark green leaves that emerge from the base of the plant. The white to light yellow flowers are grouped in a circular spike emerging from the center of the plant. It is characterized by its thick cylindrical stem under the ground (known as a rhizome), which is brown on the exterior and a deep yellow on the inside, similar to ginger. It has a strong, spicy aroma. Its main active component is curcumin, responsible for its biological activity and its characteristic yellow color.

It is native to Southeast Asia, specifically India and southern Vietnam, although it is possible that it has become domesticated in multiple regions of the world, including some areas of America. It is a tropical plant, as it grows in warm and humid environments characterized by high rainfall.   Ethnobotanical evidence indicates that it has been used in India since very ancient times. It is believed that from there it spread to distant Asian countries under the influence of the Hindu religion.   It is mentioned in the writings of Marco Polo, a Venetian merchant, explorer and writer who traveled through Asia along the Silk Road between 1271 and 1295, who called it “Indian saffron” for possessing similar qualities. It is believed that it arrived in China in 700 A.D., to East Africa in 800 A.D. and West Africa in 1200 A.D. It was introduced to Europe for the first time in the 13th century by Arab merchants, although it is also said that it was the Portuguese sailor Vasco de Gama who introduced the spices to the West, after traveling through India in the 15th century. During the British colonization of India, turmeric was combined with several other spices and renamed “curry powder.” In 1783 it was introduced to Jamaica, from where it is believed to have spread throughout the Caribbean and, later, throughout continental America.   It was classified in 1753 by the Swedish naturalist Carl von Linnaeus, considered the creator of taxonomy—the science that studies the classification of living things.   In many languages, the name for turmeric literally means “yellow root.” Curcuma comes from the Arabic al-kurkum, the original word for saffron, probably because both are used to make yellow dyes. In Sanskrit it has at least 53 different names. Furthermore, it is known as haldi in Hindi, huang jiang in Mandarin, safran des Indes in French, kurkuma in German, and curcuma in Italian. 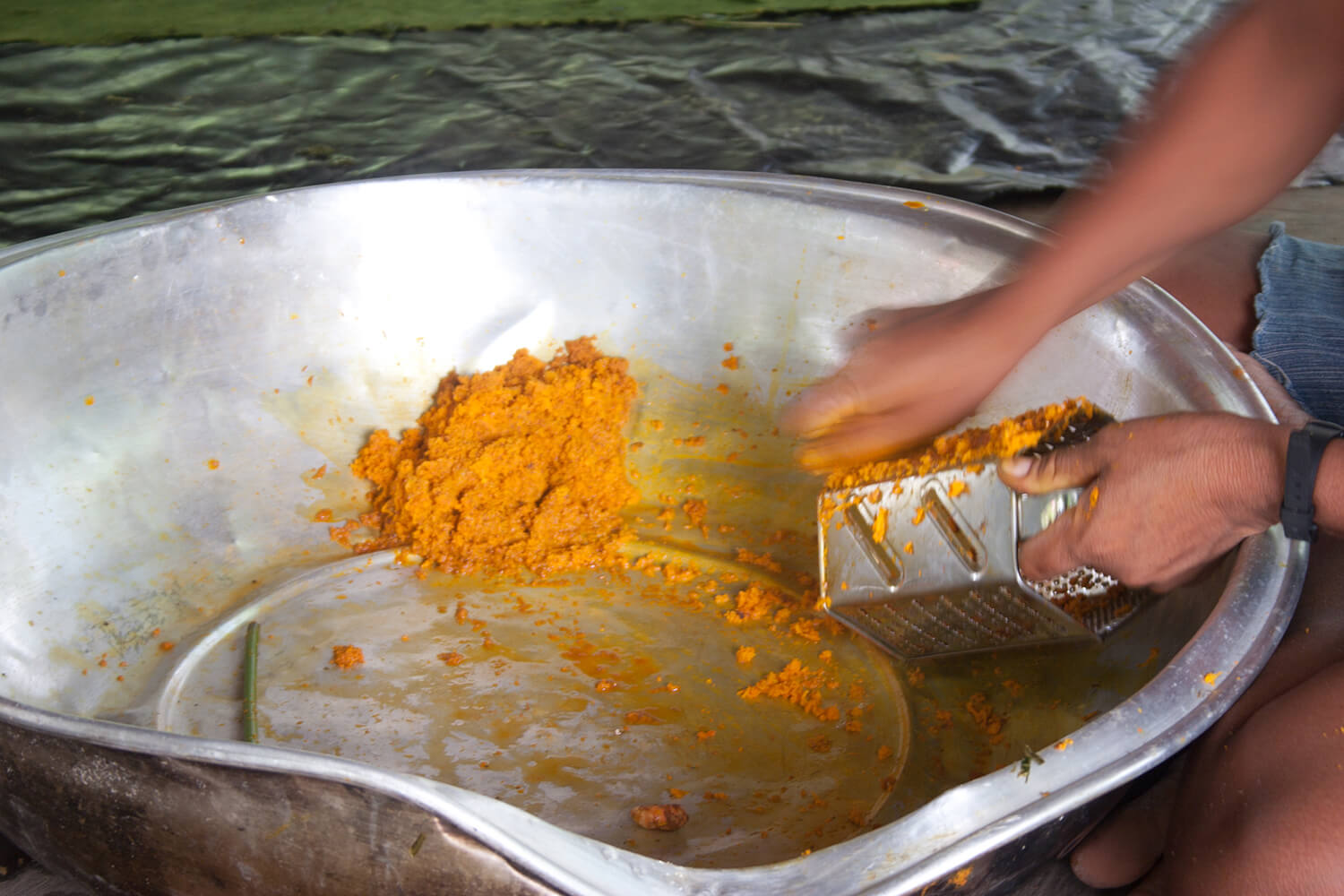 Grating the Cúrcuma to extract the pigment. Leticia, Colombia, 2011.

Its use dates back to more than 4,000 years ago in India, where it was used in food conservation, as a culinary spice, and also held religious significance. It has been found in ceramic vessels from 2500 B.C. and is listed as haridra in Ayurvedic medicinal texts from 500 B.C. It was also used in ancient Egypt as a dye and to heal wounds; and is included in the Ebers Papyrus, which was written around 1500 B.C. and is one of the oldest and most complete medicinal treatises that have ever been found. It is believed that it was cultivated in the gardens of Babylon, one of the seven wonders of the ancient world, possibly as early as the 8th century B.C.   In addition, it has traditionally been used to dye fabrics and color the skin and, especially, as a medicinal agent to purify the blood, stimulate the immune system, treat a number of skin conditions—acne, psoriasis, smallpox and shingles—treat gastrointestinal, respiratory, hepatic and cardiovascular diseases; treat arthritis, rheumatism, diabetes, Alzheimer’s and some types of cancer—such as stomach and colon—due to the antioxidant, analgesic, anti-inflammatory, antiviral, antimicrobial and anti-cancer properties of curcumin.   In Indian culture, the importance of turmeric extends far beyond medicine. In the Hindu religion it is considered auspicious and sacred. At weddings, there is a tradition in which the groom ties a string, dyed yellow with turmeric paste, around the bride’s neck. This necklace, known as a mangala sutra, indicates that the woman is married and ready to run her own home. The tradition still persists in Hindu communities and is comparable to the Western exchange of wedding rings. In some places in South India, a piece of turmeric root is used as an amulet to protect against evil spirits.   Turmeric has been used for centuries as a dye, to create the bright yellow hue of Buddhist robes. Today it is the most popular yellow dye in the world.

Cúrcuma produces a yellow pigment by grating the rhizome or tuber of the plant. The cúrcuma pigment is very effective because it sets well on fique (natural fiber), cotton and paper. It works well with lemon, which acts as a catalyst during the process, enhancing the intensity of the yellow color pigment. It requires fire in order to properly adhere to different surfaces.